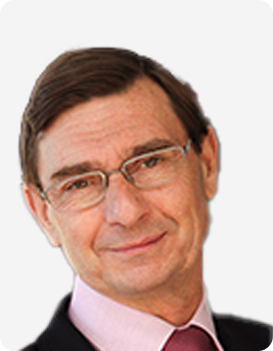 Dr. Lehner assumed various roles in medical affairs. In 1981, he joined Roussel-Uclaf Company first as medical director in France, then in charge of international clinical development until 1992. He served successively at Sanofi as Head of Clinical Development for four years before taking the scientific director position in France until 2002. He also developed the European medical team before becoming Global Medical Director in 2005.

In 2009, Jean-Pierre was appointed as Senior Vice President & Chief Medical Officer reporting to the Head of R&D and then to Sanofi’s CEO. In this position, Jean-Pierre had responsibility for worldwide medical affairs, regulatory affairs, safety, and HEOR research including comparative effectiveness. During these years, Jean-Pierre acquired à very large expertise in the benefit-risk assessment of marketed and non-marketed products and defended many regulatory files in front of global agencies.

Well-respected in the medical community and pharmaceutical industry, Jean-Pierre led the development of new concepts within medical affairs to fit the external evolution. This includes innovative methodologies for real-world research and the development of relative medical value to enhance the patient-centric value of drug development. He also played a key role in the enhancement of coverage and reimbursement dossier development.

Jean-Pierre is now the Executive Director of his own company — JPLPharma Consulting.